The 2022 annual congress of the Swiss Society of Dermatology and Venereology have provided new horizons: a successful event for continuing medical education and continuing professional development.
The 104th Annual Congress of the Swiss Society of Dermatology and Venereology (SSDV) attracted up to 400 participants per day and hosted over 160 exhibitors in the Kursaal Conference Center in Bern. During two and a half days, 83 lectures were presented with 42 different chairwomen and chairmen, as well as presentations of the 130 submitted abstracts and posters. Twenty-two symposia, some of which were supported by the industry, completed the programme of this educational congress, which was for the first time after many years directly organised by the SSDV. The main organisers of the Congress, Prof. Daniel Hohl, president of the SSDV, the general secretariat of the SSDV as well as Prof. Luca Borradori and Prof. Nikhil Yawalkar, chairmen of the scientific programming committee, were busy for months preparing this event. The scientific congress encompassed many novelties, including an increased number of plenary sessions, controversy sessions, what’s new sessions as well as thematic workshops and symposia which covered various areas of dermatology. In addition to the main scientific programme, the congress also provided a platform and opportunity for all medical practice assistants and the specialized nurses, which are active in dermatology, to meet and exchange ideas with various participants. The last event of the congress was devoted to health policy, where four members of the National Council and Council of States were on hand to answer questions. The closing speech by the President of the SSDV, Daniel Hohl, was dedicated to all those who helped to make this congress a success.
Broad scientific programme
Nikhil Yawalkar is pleased with the congress programme and says: «The programme was broad with many practical recommendations and included practitioners and academics from all the departments of dermatology in Switzerland.» He goes on and says «There was a good mix of national and international speakers. Since many of the presentations were held in German, there was the possibility of simultaneous translation into French via headphones, which was not used as much as initially assumed.» Yawalkar also noted that those industry symposia that emphasised interactivity were well attended. «Discussions, where several experts were present and could report their experience, were particularly appreciated», comments Yawalkar.
Joyful evening events
The two evening events rounded off the day's scientific programme. On Wednesday evening, the SSDV committee dinner took place at the Natural History Museum in Bern, where the guests were served a four-course meal in the presence of animal skeletons and animal models. At the same time, the Young Dermatologists kick-off event was carried out at the Löscher in Bern. On Thursday evening, the SSDV networking-dinner was held at the Bierhübeli concert and cultural hall with a total of 200 guests. During the dinner, the various SSDV and industry awards were presented, honouring the best communications and project proposals for research submitted. Luca Borradori summarised the highlights of the congress that evening. His hope and wish was that all congress participants would receive and gain new and relevant knowledge for clinical practice. He was very pleased with the success of the congress with so many enthusiastic and satisfied participants. Based on the experience gained this year, Luca Borradori anticipated that the Department of Dermatology of Lausanne, under the supervision of prof. Michel Gilliet, will make the next congress even better.
The SSDV Annual Congress 2023 will take place in Lausanne from 6 to 9 September. Reserve the date already now. We are looking forward to seeing you!
21. November 2022 | News
Agenda 2023
02. Dezember 2022 | Dermatologica Helvetica
«Mehrere Stimmen zusammen zählen mehr als eine einzelne» 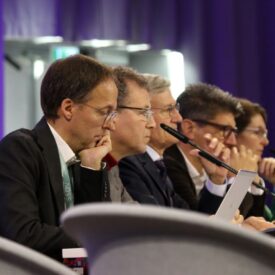 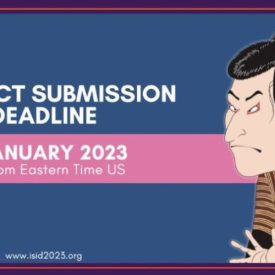 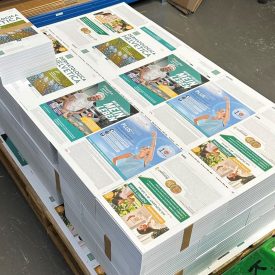 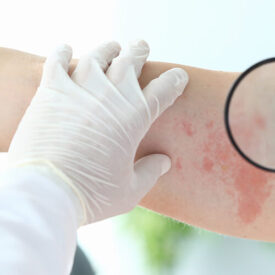 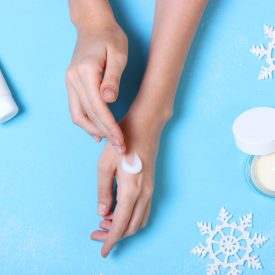